Located in Western Montana are two Tribal Nations, the Blackfeet Nation of the Blackfeet Indian Reservation and the Confederated Salish and Kootenai Tribes of the Flathead Indian Reservation. Tribal culture can be added to any existing itinerary incorporating a Tribal Nation experience into your time spent in Glacier County. To recreate (hiking, fishing, hunting, rafting etc.) on tribal lands, a Tribal Conservation Permit is needed and can be purchased at any convenience store on reservation land. If you have a motor coach tour, please be sure to call entities in advance to schedule your tours. 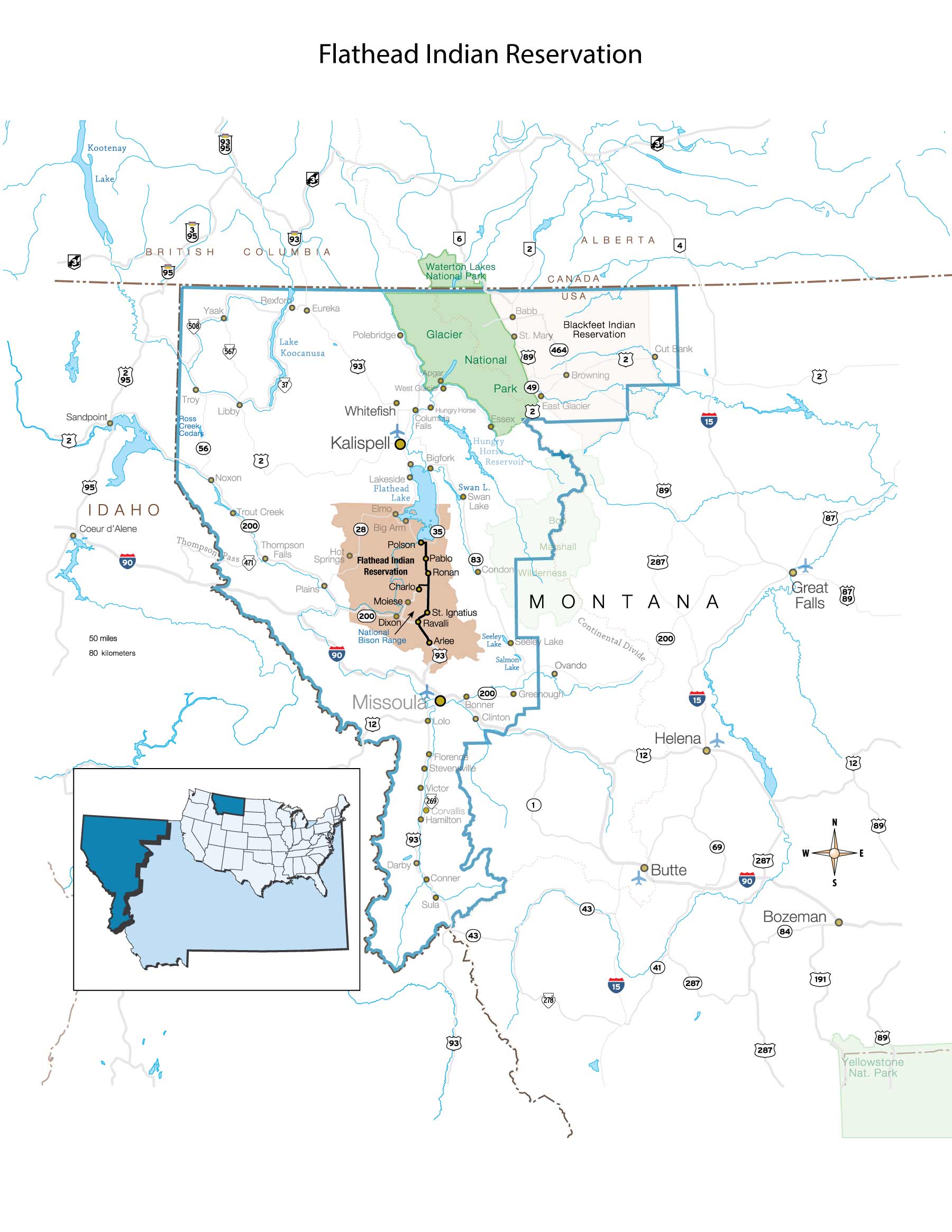 Begin your day in Missoula—known as the Garden City—with a visit to the Payne Family Native American Center on the University of Montana campus. Built on the site of a historic Salish Indian encampment, the building is designed to reflect the legacy, heritage and culture of all Montana tribes. Housed in the building is a planetarium open to public and private shows that focus on star lore of different American Indian cultures. Please check with the university for showtimes.

Heading north on U.S. Highway 93 from Missoula, enter the Flathead Indian Reservation, encompassing 1.3 million acres and the south end of Flathead Lake—the largest freshwater lake in the West. The reservation is home to the Confederated Salish and Kootenai Tribes made up of the Bitterroot Salish, Pend d'Oreille and Kootenai peoples.

This small town named after Salish Chief Alee, with a population of just over 600 people, sits in the beautiful Jocko Valley with views of the Mission Mountains. The Arlee Powwow Esyapqeyni is a premier celebration held annually the first weekend in July. Witness traditional dancing, singing and drumming along with handmade beaded crafts and authentic food.

Just north of Arlee is the Garden of One Thousand Buddhas. While not tribal in nature, this Tibetan Buddhist garden is a site to see. Seated in the center of the one thousand buddhas is a 24-foot figure of Yum Chenmo who represents the union of wisdom and compassion. Open year-round, visitors of all faiths spend time walking the garden and reading the Buddhist inscriptions on the rocks.

Heading north on US-93 on the Flathead Indian Reservation, the next town is St. Ignatius, with a population near 900 people. Stop to see its main attraction—the St. Ignatius Mission. Built in the early 1890s, this Catholic mission has 58 hand-painted murals adorning the walls and ceilings. The murals were painted by Brother Joseph Carignano, an Italian Jesuit who was the handyman and cook at the mission in the early 1900s. Open year-round the mission offers Sunday mass, a museum, gift shop and a log home that was the original sisters' residence when they first arrived in 1854. Also in St. Ignatius, the Three Chiefs Cultural Center highlights the Salish, Pend d'Oreille and Kootenai Tribes' history, culture and traditions. Schedule a personal guide or use the audio presentation to understand life in the West from their perspective. Shop the shelves of beadwork, paintings, photos and jewelry in the gift shop.

As you leave St. Ignatius, look out to the west. You will see the Bison Range sitting on 18,500 acres. The self-driving range is open year-round, while one of the two scenic drive is open May – October, weather permitting. Today, the preserve is home to approximately 350 head of bison that are decedents of the herd that roamed the area in 1870s. In addition to bison, the Bison Range is home to elk, bighorn sheep, mule deer, pronghorn antelope, mountain lions and black bears.

Ninepipes National Wildlife Refuge is located in Charlo. The 2,000-acre refuge is home to more than 188 species of birds throughout the year including pelicans, mallards, hawk, falcons, osprey, sandpiper and doves. Recreational opportunities include fishing, photography and observing wildlife.

A must-stop attraction is the Ninepipes Museum of Early Montana. The museum gives a glimpse of early Montana homesteading and life on the Flathead Indian Reservation. Enjoy lunch at the Allentown Restaurant located next door at Ninepipes Lodge or grab a coffee and shop for Montana-made gifts at Great Gray Gifts.

As you head farther north on US-93, you will be stunned by the views of Flathead Lake—the largest freshwater lake in the West. Sitting on the southern tip of Flathead Lake is the charming community of Polson with a population of 5,000 residents. Stop in downtown and peruse its antique shops, art galleries and live theater. Stop in at the Miracle of America Museum to see an eclectic collection of curiosities. Get off the beaten path with a visit to Salish-Kootenai Dam called Seli's Ksanka Qlispe', formerly known as the Kerr Dam. Located on the Flathead River, this 204-foot structure has a viewing platform offering amazing canyon views and is open year-round from dawn to dusk. Stay at the tribally owned Kwataqnuk Resort and Casino.

Take a boat ride to Wildhorse Island State Park, a landmark as the largest island in Flathead Lake and where the Kootenai Indians were reported to have pastured horses to keep them from being stolen by other tribes. Whitewater raft or take a kayak tour with Flathead Raft Company. For the ultra-adventurous, participate in their overnight trip where you spend time with an elder or local tribal member and learn the history, culture and heritage while crafting dream catchers, medicine wheels or tanning hides. Sleep under the stars in a tipi after listening to stories of the past.

The 1.5 million acres of the Blackfeet Indian Reservation are home to over 17,000 members nationally—with roughly 10,000 living on the reservation today. This is one of the 10 largest tribes in the U.S. It’s located east of Glacier National Park bordering the Canadian province of Alberta. The Blackfeet Indian Reservation is easy to incorporate into an itinerary traveling on Interstate Highway 15 north of Great Falls or traveling east on U.S. Highway 2 near Glacier National Park. 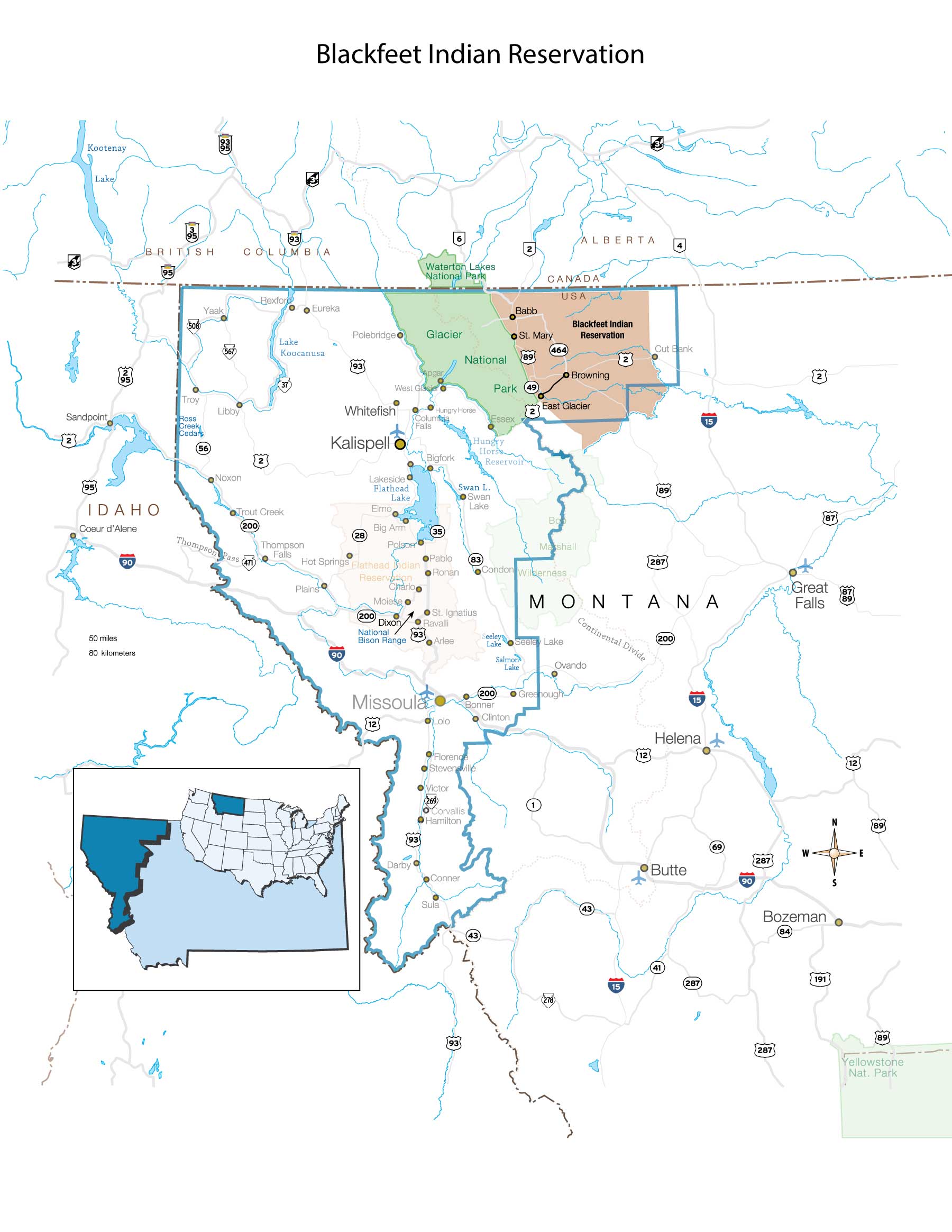 Headquarters for the Blackfeet Indian Reservation is Browning, Montana, on U.S. Highway 2, home to the Museum of the Plains Indian. The museum offers a comprehensive collection of cultural artifacts and exhibits including clothing, horse gear, weapons, household implements and children’s toys. The museum represents the Blackfeet, Crow, Sioux, Arapaho, Shoshone, Norther Cheyenne, Nez Perce, Flathead, Cree and Chippawa tribes. If accessing Browning from Glacier National Park on US-2, be sure to keep an eye out for the Blackfeet Nation Bison Reserve roaming in their natural habitat.

Stop in at The Blackfeet Heritage Center & Art Gallery to see dioramas of Blackfeet culture. Shop the variety of arts and crafts at Faught’s Blackfeet Trading Post for moccasins or beaded bracelets and earrings. Visit the Lodgepole Gallery & Tipi Village to purchase one of their beautiful paintings, and then spend the evening sleeping in an authentic teepee under the big Montana sky. There are many campgrounds offering campsites including Chewing Black Bones, Duck Lake Campground, Red Eagle Campground and Sleeping Wolf Campground.

If group tours would like a step-no-guide, contact Blackfeet Cultural History Tour to accompany your tour to historical sites including a buffalo jump, tipi rings and medicine lodges, all making the history of Amerian Indians come alive. 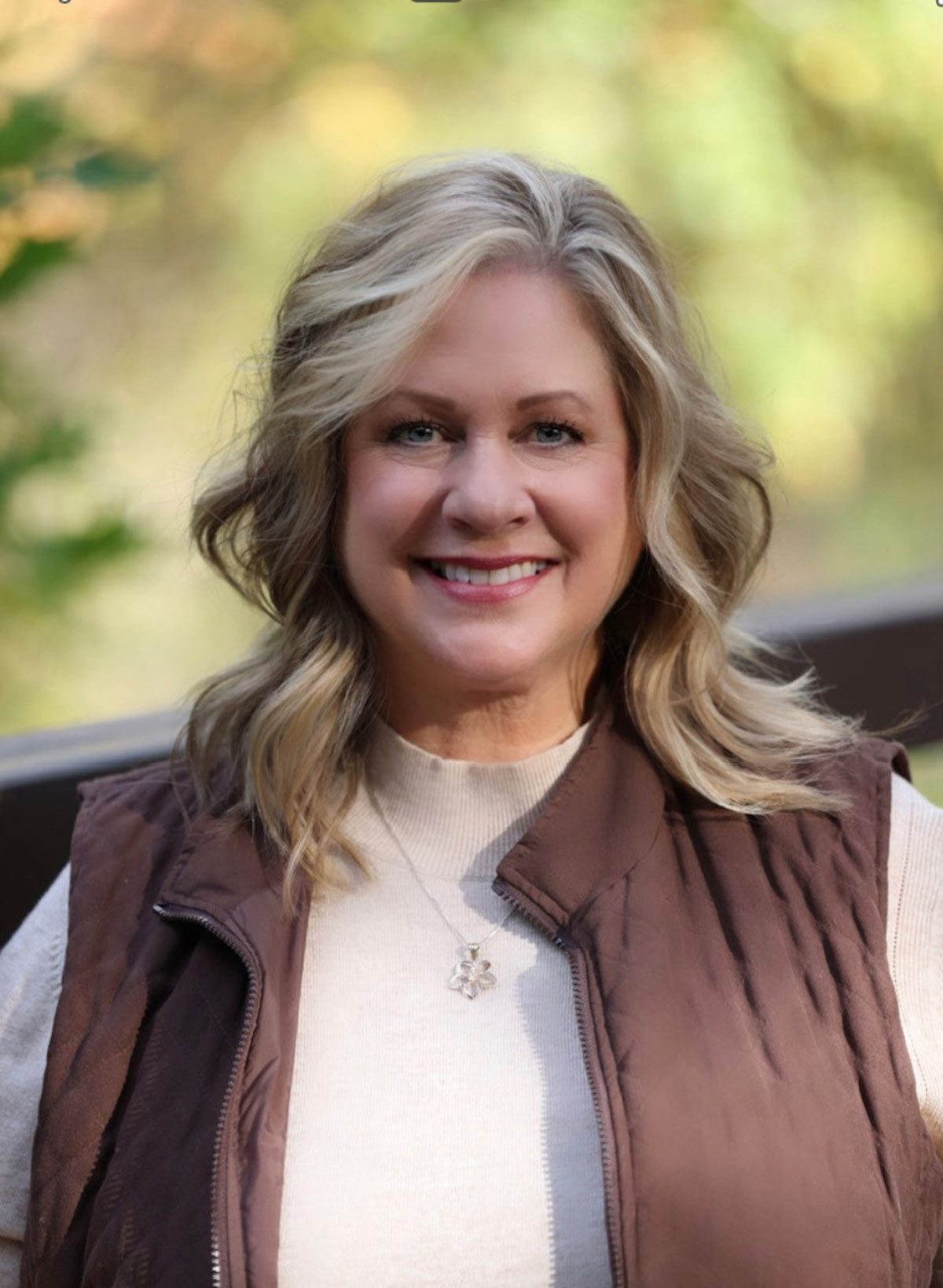 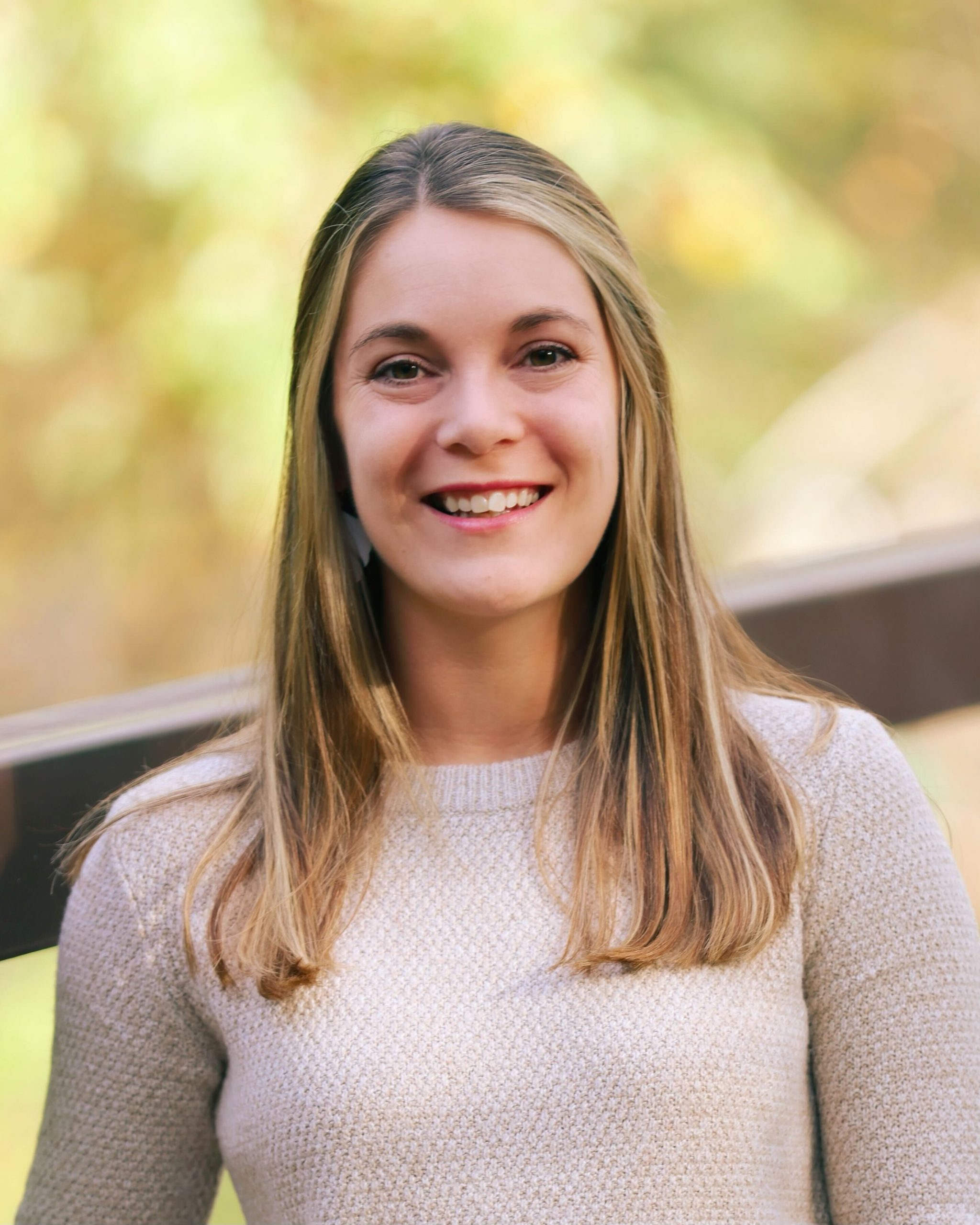 News from Glacier National Park Currently, 8 miles of the Going-to-the-Sun Road are open for travel.
View Full Report
Sign Up For Our Newsletter

Scenes From the TV Show “Yellowstone” are Filmed in Western Montana

Is off roading on your radar for a fun winter adventure? #RecreateResponsibly #GlacierMT #Montana https://t.co/j5WZTZ2vDx 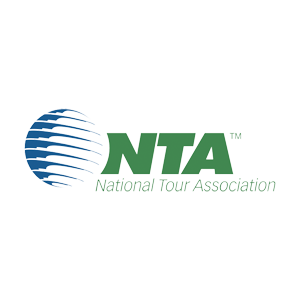 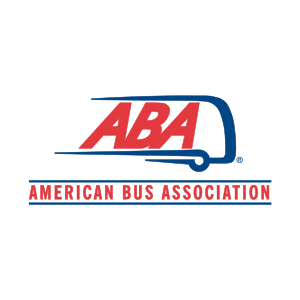